Music is a vital part of our curriculum at RRCA because it is an integral part of the Christian life. The goal of our music program is to use God’s gift of music for the enrichment of human life and for the enhancement of man’s worship of God. We seek to do this by instilling diligence, discipline, and responsibility in conjunction with a music curriculum that is carefully chosen to develop the students’ Christian maturation, as well as musical literacy, facility, and knowledge.

The choral and music programs have grown at RRCA through the years.  Students in Early Childhood and Elementary participate in weekly music classes and each has a special musical performance during the school year.  Students in 6th-12th grades can choose choir as an elective:  the Joyful Sounds Choir for 7-8th grade, and the High Call choir for 9th-12th grade.  Both of the secondary choirs participate in concerts during December and in the spring. They also present the annual Spectacular Spring Show, which is held each May. Both choirs also compete in ACSI and TPSMEA competitions. These competitions include individual and small group ensembles, as well as the whole choir.

High Call students have traveled to Washington D.C., Chicago, Los Angeles, and multiple trips to New York City, including singing at Carnegie Hall.  These have been exciting experiences for the students, giving them the opportunity to sing at new places and to hear other musical groups perform.

High Call Choir members competed in TAPPS Solo and Ensemble Contest at Regents School of Austin on Friday, March 29, 2019.  The results are as follows.

Congratulations to these singers for their wonderful performances and for representing RRCA so well. 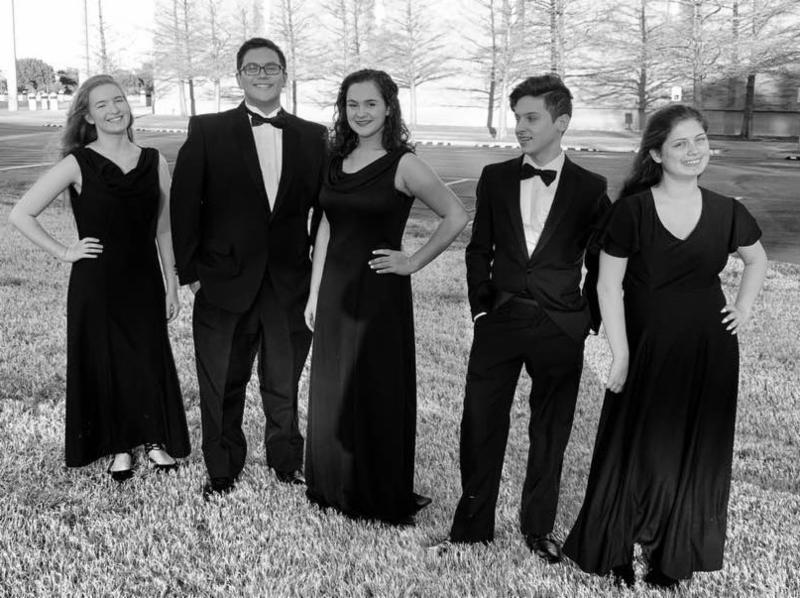 Congratulations to the following singers who were selected to be members of the 2018 TPSMEA Middle School Honor Choir. The students will participate in a Clinic and Concert on Nov. 2nd and 3rd in Houston.

A special congratulation goes to Savannah Johnson who was FIRST CHAIR in the Soprano section!!

Congratulations to High Call Choir Members on a successful day at TAPPS Solo and Ensemble Competition in Houston.

The High Call Men’s Sacred Ensemble made up of Jacob Gillian, Morgan Whitley, Christian Gonzales, and Caleb Roark received a Superior Rating for their performance of Down By the Riverside.

The High Call Women’s Sacred Ensemble made up of Sophia Berg, Sophia Fernandez, and Allie Cermak received a Superior Rating for their performance of He Never Failed Me Yet.

RRCA would like to thank our School Sponsors: Bobcat Heavy Civil, Round Rock Eyes, Textruss, and Prodigy Mortgage