The Speech and Debate Team is for students in 9th-12th who want to focus on the competitive performance of public speaking, debating, and interpretation events.  This award winning team has consistently placed at both private and public school tournaments, including winning five TAPPS Academic State Championships in combination with the academic team:  2015, 2016, 2018, 2019, and 2022.   They have also won runners-up in the State Competition twice, in 2017 and 2021.

RRCA has an active membership in the National Speech and Debate Association, the speech and debate honor society for public and private schools.  Through this organization, students have won a number of national awards.  The Speech and Debate Team is coached by Cathleen Ferose.

Congratulations to graduate Douglas Chaiken who was named the NSDA National Tournament Champion in Storytelling.  Douglas competed in a field of 343 competitors from across the nation, performing the crowd favorite, “Gustav the Goldfish” by Dr. Seuss.   Douglas received a $1,000 college scholarship for his outstanding performance in the supplementary event.

Teammate Kiera Dixon ended her run at Nationals as the top female competitor in both chambers of Congressional Debate, with a 3rd place finish in the House, receiving a $250 college scholarship.  Kiera started the week on Monday in a field of more than 400 competitors and debated through Friday. This is the top finish of an RRCA competitor in a main event.

Sarah Benitz placed in the top 30 in the nation in Original Spoken Word Poetry.

The National Speech & Debate Tournament is the pinnacle of public speaking and considered the largest academic competition in the nation.   More than 5,000 high school students from 1,194 schools competed across 22 events in Louisville, Kentucky, in June. 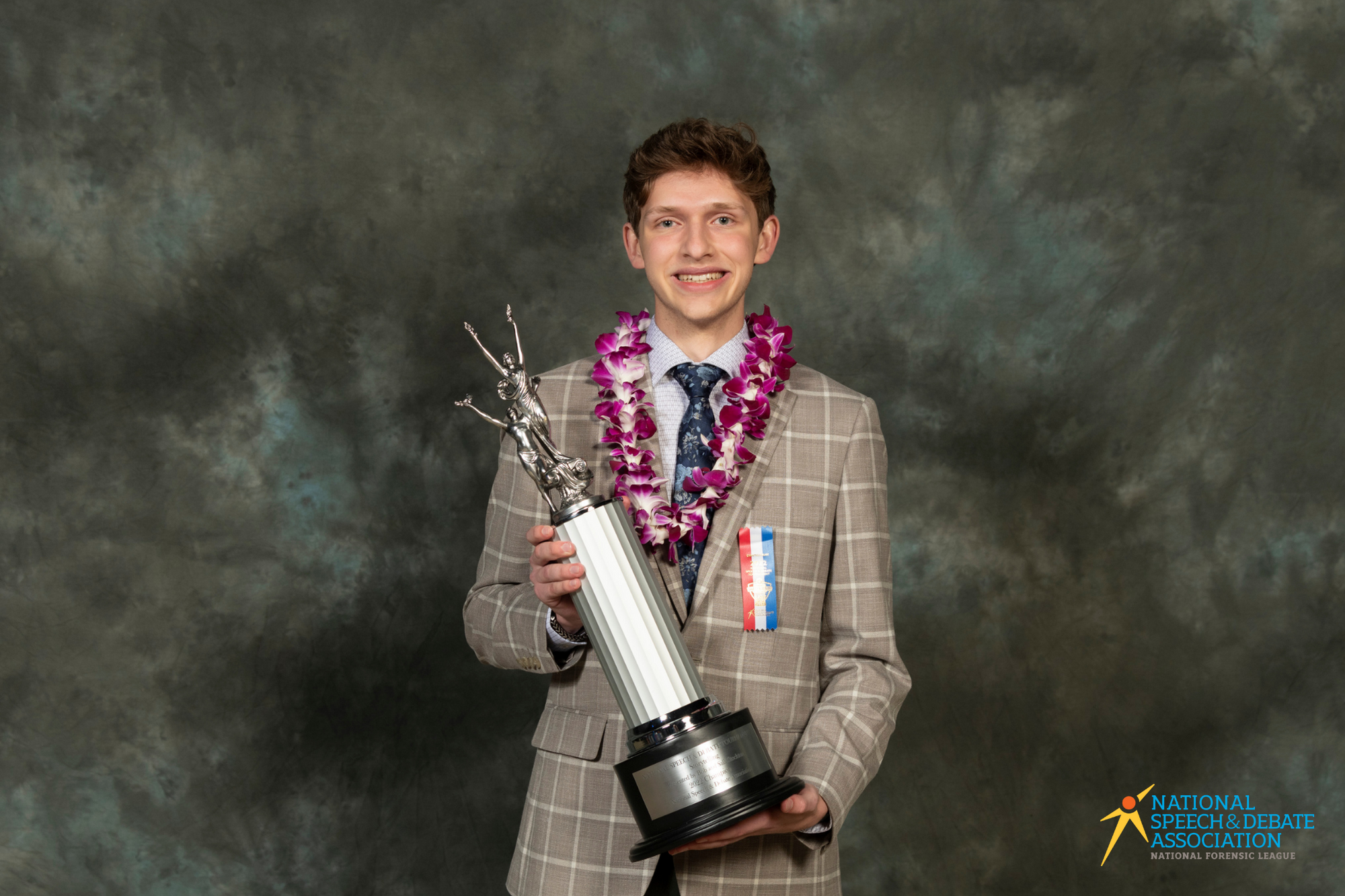